Hello Future! The First Hackathon in Oman for the country’s 150 brightest students! 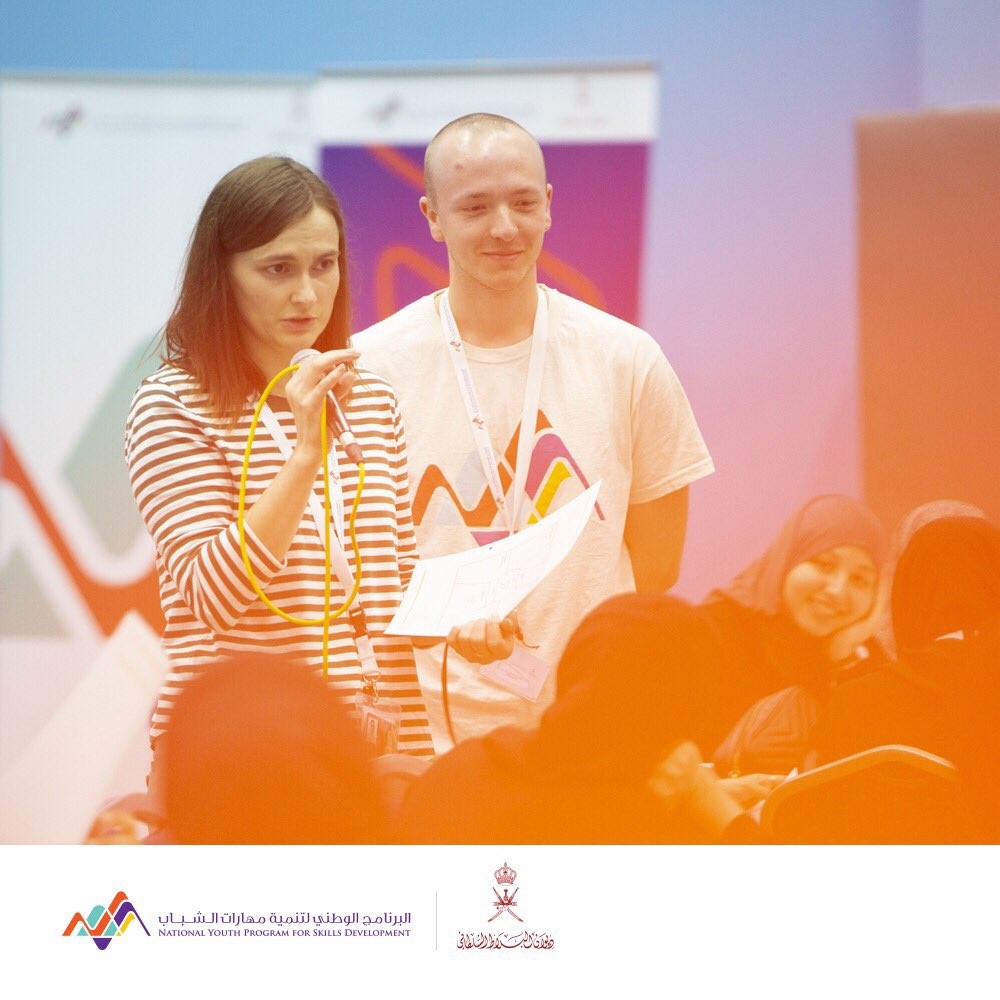 Each day I want to forget who you were, To embrace who you are becoming.

Hello! My name is Bogdan. I am an intern here, and I had the privilege to be part of one of the most prestigious educational programmes globally, focusing on bringing forth the Fourth Industrial Revolution skills that are changing the world. The Al Nashia Scheme happened in Oman and was organised as part of the National Youth Programme for Skills Development, sponsored by the Sultanate and organised by a diverse committee together with the Diwan.

The governmental programme partnered with the German University in Oman to host the entire event and with three great modern educational experience facilitators to lead the activities. Lego got the students engaged with building technology – robots that is – and programming them. Firetech first got the students familiar with Digital Media: blogging, visual storytelling, video production and editing, digital citizenship and branding were all part of it. After an amazing week of building with Lego, making blogs and video journals of exciting experiences and making lifelong friends from all over the country, the students moved on to delving deeper into technology with Arduino Uno. The microcontroller board created a safe environment for students to learn about circuits, sensors and electricity, all while having fun to the point of exhaustion (almost). Both parts were delivered by Firetech tutors with their characteristic excitement, charisma and (obvious) passion for tech.

The students learned a lot. They enjoyed it so much we had to make sure they took brakes to rest and not burn out. The event that swirled all this new energy around and pushed them to not only assimilate, but integrate all the skills and knowledge into their own thinking, building and creativity was the hackathon. After two long, intensive weeks, tutors and students, we were all kinds of tired. The passion was of course still there, but it seemed like everybody could have used a little push to end in a (to say the least) glorious note. On the last day of the programme, Aga came. Jet lagged and with only one or two hours sleep, she showed up with a cup of coffee in her hand, shining as bright as if she’d just spent days in a spa and ready to run the hackathon.

The students walked in.

“Hello future!” (The ‘good morning’, or standard greeting of the program).

There was a striking difference between the moment when the students walked in, sleepy and groggy, and the moment when Aga said “You have 24 hours. Go!”. The room was buzzing. In every corner, people were talking, brainstorming, joining teams or asking questions. I’ve seen hackathons before, but seeing this after 2 weeks of having such an intensity of work, study and play – I was hyped. We all were.

If you don’t know what a hackathon is, well, that’s a shame. Good that I’m here to tell you. Most times it’s a bunch of random people with potentially similar interests coming together to create something. To put ideas together into something useful and/or marketable. They’re fun, intense and often rather easy to get lost in. Lost in between surfing through their thoughts and putting them down into a concrete form.

Our hackathon was different though. We modelled the event so that people know what to do, when to do it and what to focus on. They could get lost in thought and find their best idea, as long as they did it by the deadline. Then they could move on to the next task.

Our hackathon was different though. We modelled the event so that people know what to do, when to do it and what to focus on. They could get lost in thought and find their best idea, as long as they did it by the deadline. Then they could move on to the next task.

I must say, it went fantastically well.

Every tutor was guiding a team through the process, asking the right questions and making sure they stay on track. Resisting the urge to step in and help them with their project, too. It was all organised in hour-long sprints and by the time of the final one, everyone had the most ingenious ideas, problem statements, solutions, prototypes and pitches.

By the time the judges entered the room, we had gloves that translate sign language, wellness and mental health wristbands, automated recycling bins – and the list goes on. Each of the teams comprised of up to eight students aged fifteen to seventeen years old delivered a financial analysis of their project, a market plan, prototype, as well as an elevator pitch and a poster.

We were all amazed, proud and happy. The kids were filled with joy and the judges tried to keep themselves from subtly smiling through the process. It all ended with a crowd wave and a couple of cheek tiring hours of smiles.

The students changed from day one. They became more comfortable with people as well as with technology. They opened a channel that allowed them to pour thoughts into actions with more ease. Because that is what we do – we are not teachers, we are the facilitators of the environment in which learning turns from some strenuous, emotionally draining process to the beautiful experience of discovery, play and understanding.

We all have struggles, we don’t always ask for help, nor do we feel welcome to talk about our emotions openly. We even deny these to ourselves sometimes. We hold on to what we know to be somewhat comfortable for the fear of finding an even bigger bump on the road. Sometimes we fear talking in front of a crowd or using this thing called a breadboard we haven’t seen before, but we do it anyway. Because learning is a bumpy process – but with excitement, courage and the right people supporting us, we understand and experiment the world.

To a brighter future!

Educational resources to get you started​

Why wait to learn? Browse our extensive range of materials, studies and articles to kickstart your educational journey.